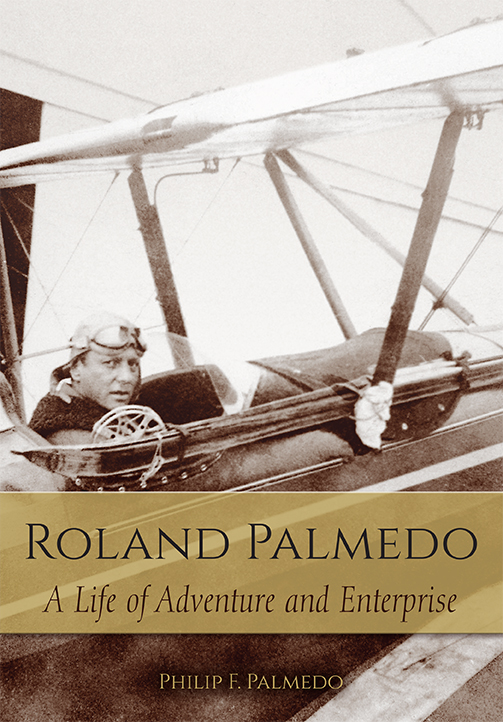 Copies are available from Enfield Distribution

A Life of Adventure and Enterprise
by Philip F. Palmedo

America was transformed after the First World War by technology and economic growth, creating a climate for a new kind of pioneer. Roland Palmedo was a dashing example. He brought a creative, entrepreneurial spirit to the early days of aviation and organized skiing in this country. A World War I pilot, he directed his unbounded energies to the creation of the first U.S. airlines, to building the first chairlift at Stowe, and creating the Mad River Glen ski area. An early and active environmentalist, Palmedo also organized the first U.S. women’s ski team, created the Amateur Ski Club of New York, initiated the National Ski Patrol, and brought kayak racing to this country. In this engaging biography, Roland’s son Philip reveals the person behind those accomplishments, a man driven by an adventurous spirit, satisfied only when he brought others to enjoy nature and sports as he did.

As his father, Roland Palmedo, Philip F. Palmedo attended Williams College and was a member of the ski team. From there he went on to earn a Ph. D. from MIT which led to a diversified career in physics research, entrepreneurship, and increasingly, writing. Mr. Palmedo has written on a wide range of subjects, but over the past 15 years his principal focus has been modern sculpture. He has published essays and several books in that area, the most recent being The Experience of Modern Sculpture (Schiffer Publishing, 2015). Mr. Palmedo serves on several non-profit and corporate boards and was a member of the Board of Trustees of Williams College. He also serves on the Council for the Arts at MIT, and is a Fellow of the Williams College Museum of Art. He has two sons and lives in St. James, Long Island, N.Y. with his wife, Elisabeth. His website is www.pfpalmedo.com.