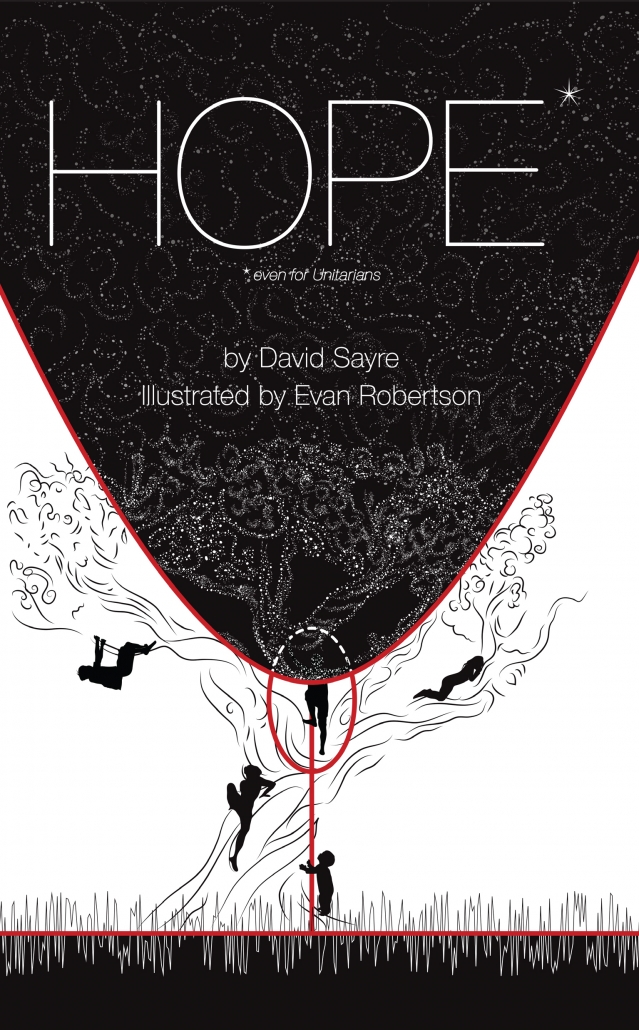 Hope: Even for Unitarians

What makes Time, Ignorance, and Death inevitable? Do they have something in common? A pioneer of reducing that deadly “something” leads a short tour of where it’s found— and displaced. Sayre’s tour visits some unusual places. An immigrant neighborhood builds a microgrid. A remote radio telescope solves how to detect intelligence in the universe. A quantum mystery is resolved by our own incomplete view. All are related. The tour’s destination is a moral compass, and hope in tragedy.

David Sayre Dayton works full-time developing “microgrids” in low-income neighborhoods. He has been called the “father of the industry” at national energy services conferences, has patented and published techniques of communication and energy efficiency that anticipated today’s cell phone networks and energy-saving industry, and formed a dozen companies-profit and nonprofit-around these two sciences that displace “entropy.”Sayre’s work has taken him to places and encounters that few of us ever experience-prisons and mental institutions, cathedrals and laboratories, the Pentagon and the White House, neighborhoods of the very rich and the very poor. The mix of those encounters with those sciences has suggested a rational moral compass and a way to comfort. Sayre is the father of five children, eight grandchildren, and four books: The Great Improbability (Peter E. Randall Publisher, 2010), a science-fiction mystery novel; Something There Is (Peter E. Randall Publisher, 2014), a series of letters to our children, seeking a rational faith; Flatland, with award-winning children’s illustrator Rebecca Emberley (Two Little Birds Books, 2014), recommended by Parents’ Choice Awards; and The Flatland Dialogues (Peter E. Randall Publisher, 2017).

Evan Robertson is a self-taught illustrator living in Bucks County, Pennsylvania, who focuses on bringing great language to life. As a student of classic literature at Yale and of drama at The Juilliard School, he is inspired by beautiful language that has stood the test of time. He has partnered with the Library of Congress, the Museum of Modern Art, Penguin Random House, Doubleday, Abrams Books, Barnes & Noble, and Indigo Books. His work is available through his creative studio, Obvious State, www.obviousstate.com.

Cheeky and Charlemagne & The Great Sabotage