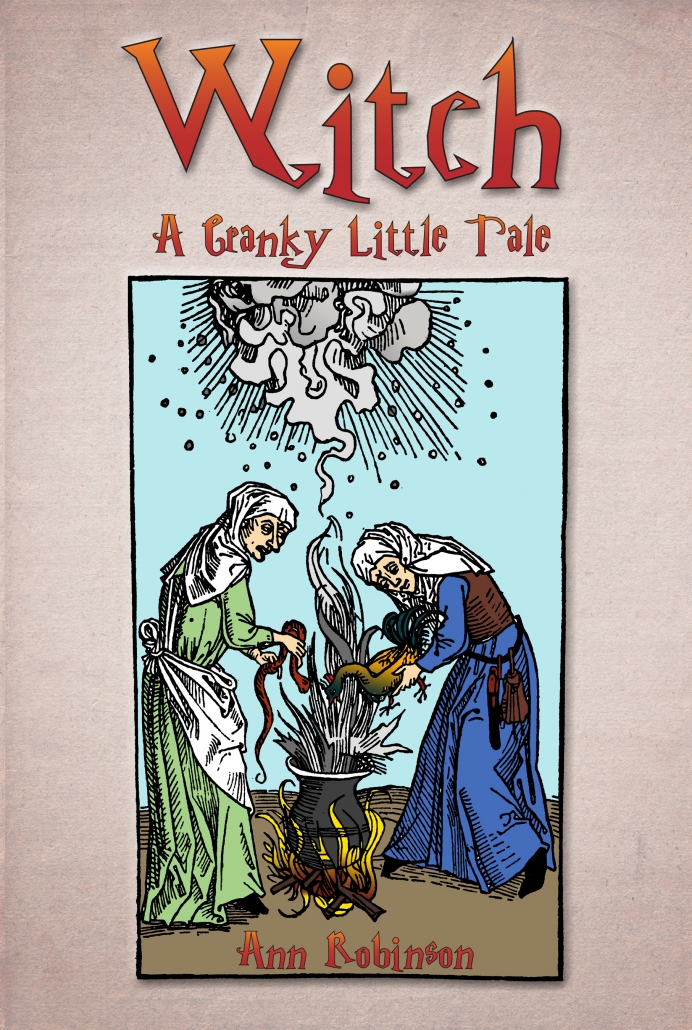 Witch was written while the author was a graduate student in the MFA program at Vermont College. The story, set in an imaginary town in New York State’s Hudson River Valley, is alternately narrated by sixty-something Irene Richards and her thirty-five year old daughter Shirleen McClure, as they cope with events and each other during one year that begins and ends on Halloween.  The novel is peppered with elements of magic realism, inspired by Irene’s sudden interest in witchcraft and how to introduce her newly-acquired skills into her daily routine.

In a comedy of errors, Irene completes a mail-order course in the Craft, and enlists the aid of a 700-year old sorceress, Moldred of Breste, to enact revenge on her unfaithful husband, Teddy, who is recuperating from a stroke and is confined to a nursing home. Shirleen convinces her mother to sell their house and move in with her; Deke, her rough-and-tumble husband; and their son Junior, who’s very attached to his grandmom. Along comes Rolfe, a handsome French-Canadian house painter, and Shirleen is smitten.

Alas, the course of true love never runs smooth. Several months pass. Shirleen tours Montreal with her French club, and who should appear? Deke tries to phone her, but she can’t be reached. The tour guide is scandalized.

Two days later, a contrite Shirleen returns home. Good thing, too: Irene has developed a bogus bath product that will make her famous. When customers discover the ruse, a repentant Irene seeks solace in a neopagan lifestyle, but soon becomes disenchanted with life in a coven. Ultimately, she forgives Teddy, who has recovered his health and become a caterer.

The story concludes with the Wiccan marriage ceremony of Irene’s grandson, Junior, and his pregnant girlfriend, Antoinette, the daughter of Teddy’s former mistress, Rosalie.  To everyone’s delight, Shyrena Rose is born with midwyffe Moldred in attendance (is there no limit to this witch’s talents?)  At the novel’s conclusion, Irene, having rediscovered the pleasures of traditional family life, contemplates a future without neopaganism that might even include Teddy.

Born in New York City, Ann Robinson received her B.A in English from Connecticut College and her M.F.A. in Writing from Vermont College. Since 1967, she has lived in Southwestern New Hampshire, where she wrote and produced award-winning radio commercials and published feature articles in newspapers and magazines, including The Keene Sentinel. She has written capsule reviews for Publishers Weekly and her short stories have appeared in Yankee, Oxford Magazine, The Nightshade Nightstand Reader, Ellipsis, in regional anthologies, in Internet publications, and on New Hampshire Public Radio. While at Vermont College, she became interested in the life and work of Shirley Jackson, and has lectured on that much-neglected writer. Throughout the years, Robinson’s humorous essays have appeared in a variety of publications. Her debut novel Witch, A Cranky Little Tale, is due for release in October of 2020. Her short story collection, Ordinary Perils, was published by Peter Randall in 2002, and is still available for purchase.

R is for Rainbow
Scroll to top